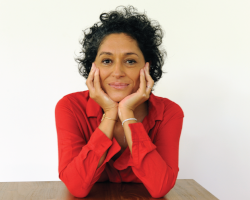 Tackling climate change: a multidisciplinary approach for a sustainable future

The French Chamber of Commerce in Singapore has, in its magazine, Focus, published a special edition on climate change. As a member of the French team in the Paris Agreement, Estelle Forget – Founder of Ergapolis in Singapore – was happy to contribute to this edition and share her feedback.

In case you missed seeing our feature, we bring you the magazine’s focus on safeguarding climate.

You are a member of the French team for The Paris Agreement (COP21), what does it mean? Are you optimistic for the future?

The Paris-Climate Agreement is the first universal agreement for climate change and global warming. The negotiations during the United Nations Paris Conference in 2015 were a challenge: to align diverging interests between 195 signatory countries and all their stakeholders.

As a member of the French team, my responsibility was – at the request of the French government – to partner with the economic world and raise funds. The goal was to mobilise small and large companies to participate in the conference and later implement the recommendations of the latter. This contributed to the success of the Paris-Climate Agreement, which is the most widely and rapidly signed text in the history of humanity. Today, my commitment is still to contribute to sustainable development by implementing local projects with companies and governments.

Regarding the geopolitical and environmental situation, I am not really optimistic. Since 2015, little progress has been made to curb the growth of greenhouse gases; actually carbon emissions have further increased. However, being collectively on a critical trajectory doesn’t mean that individually we shouldn’t do anything to preserve the earth and humanity. The future will depend on what we do individually and contribute to a collective result. Of course, without a collective and clear vision, it’s a complex issue, but solutions exist.

Companies often complain that adopting sustainable practices is either not feasible or entails additional cost; in any case, it may jeopardise their competitiveness. As a result, sustainable development in many companies is mostly about greenwashing. This reveals the management’s lack of vision and misunderstanding of what sustainable development actually is. Sustainable practices often don’t mean more work or expenses but operating differently. Times are changing, environmental pressure is increasing, the economic crisis is looming, and social unrest is already making the headlines. Some companies lead the way on sustainability and often gain a competitive edge in their sector of activity. The others will have to adapt sooner or later – and with greater pain – or disappear.

Tell us more about Ergapolis and what it aims to accomplish in Singapore/ outside of France.

In Singapore and Southeast Asia, a lot has to be done to raise awareness, to develop and implement sustainable policies. However, the Singapore Government is pro-active and, by law or through several initiatives, encourages companies and citizens to change. As senior advisor, my role is to be a catalyst, helping create public and private partnerships that contribute to mitigating climate change through sustainable development projects.

Based in Singapore since 2017, I started Ergapolis Pte Ltd to work with companies, government and research centres on several matters: Waste management such as the launch of a Producer Responsibility Scheme; Smart city and urban planning, by sharing best practices between France and Singapore; ESG strategy and policy for investment funds; and palm oil and deforestation in Malaysia and Indonesia, through economic intelligence and mediation projects.

The scope of my work is large because opportunities to address sustainability issues in the region are many, and time is short. Indeed, the most critical resources – beyond energy, water, wood, biodiversity – are time and knowledge. COP21 was a time to sound the alarm and mobilise the international community. Since then, not much has been done and more than ever a sense of urgency is needed to cope with climate change and its consequences.

From 2015 on, we recognise that despite the commitments taken by the signatory countries at COP21, we – the government and citizens, have made only superficial efforts towards bringing about meaningful change. So now, is it possible for us to together look in the same direction in this coming decade and make our contradictory interests converge?

We should not forget the revolution in our evolution, where ‘R’ stands for responsibility.

Estelle Forget, the founder of Ergapolis Institut, is passionate about the environment and is the driving force behind various initiatives to combat climate change. Read more about Estelle here.

Ergapolis works with companies and governments to assist with sustainable development.

Please find the interview online from the French Chamber of Commerce in Singapore here on Page 32.